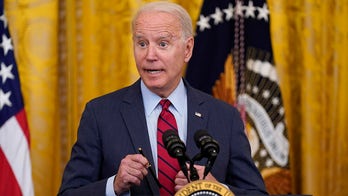 When it comes to violent crime, President Biden is trying another high-wire performance with a fresh drive for gun control legislation that may empower his opponents on both the right and the left while also dividing his own party ahead of the crucial 2022 midterm elections.

Second Amendment supporters, who have accused Biden of targeting lawful gun ownership, and Republican legislators, who have claimed that Democratic demands to “defund the police” are the primary cause of the crime wave, may take exception to Biden’s emphasis on gun crimes. During the 2020 election season, Republican strategists used this strategy to great success in campaigns for lower-level office.

Aside from upsetting progressives who are concerned that his methods will undermine their efforts to improve law enforcement, the president runs the danger of escalating intra-party tensions at a time when Democratic control of Congress is in peril. While many progressive Democrats have advocated for significant cutbacks to police budgets, Biden’s proposal urges communities to utilize COVID-19 relief money to employ additional officers, among other things, as part of a broader effort to reduce crime.

According to Whit Ayers, a prominent Republican political consultant and founder of North Star Opinion Research, the politically charged environment ahead of an expected spike in crime this summer creates a “major vulnerability” for Biden and Democrats in general heading into the 2022 midterm elections.

“One of the most effective accusations leveled against Democrats over the past 40 years has been that they are soft on crime and unable to clamp down on criminality,” Ayers said. This increase, along with the threats of defunding police departments from the far-left, contributes to the growing suspicion that Democrats are just not serious about fighting crime.

A “zero tolerance” policy for federally licensed gun dealers who violate laws, increased funding for the ATF, and the creation of “strike forces” to combat interstate weapons trafficking were all part of Biden’s anti-crime plan, which was unveiled last month in a speech alongside Attorney General Merrick Garland. The president said that states and localities may utilize $350 billion in collective money from the “American Rescue Plan” to employ police, pay for overtime, and invest in technologies targeted at reducing gun violence in their respective jurisdictions.

Some of Biden’s comments, such as his assertion that it was “not the time to turn our backs on law enforcement,” were most likely intended to respond to criticism from the conservative side of the aisle. Second Amendment supporters, on the other hand, seized on the gun restriction measures contained in Biden’s anti-crime plan, accusing the president of distorting the underlying causes of the crime wave.

“While reasonable gun control measures like as background checks may be able to prevent some of the mass shootings that have occurred lately, they will do little to halt the crime tsunami that has engulfed our cities in recent months,” Ayers said. Following the George Floyd murder, there has been an increase in crime as a consequence of demonizing police officers.

Recent surveys show that people in the United States are becoming more concerned about the rise in crime. According to the findings of a Fox News survey done in late May, more than 73 percent of Americans believe that crime is on the increase nationwide compared to a year earlier. Respondents expressed either a great lot of or a reasonable level of trust and confidence in the police, according to the survey.

Criminal justice is “one of the most pressing problems facing the country, and I believe Democrats are ignoring it at their peril,” said Trevor Burrus, a research fellow at the Robert A. Levy Center for Constitutional Studies at the Cato Institute. “I believe there are a number of complicated factors at play. The fact of the matter is that American voters are pretty simple when it comes to the issues that they care about.”

According to a study by the National Commission on COVID-19 and Criminal Justice, the homicide rate increased by 24 percent in the first quarter of 2021 across 34 U.S. cities, with 193 more murders than in the same three-month period the previous year.

Democrats in high places, including officials of the Biden administration, have already started steps to counter Republican attempts to portray the Democratic Party as the party of “defund the cops.” Most notably, at a White House briefing, Biden press secretary Jen Psaki said that Republicans had defunded the police by refusing to support the American Rescue Plan, since money for the police was included in the $1.9 trillion in spending that Republicans were mainly against.

At the end of the day, according to Christopher Devine, an assistant professor of political science at the University of Dayton, “a component of this plan involves sending more money to the police.” This helps to shield him from some of the Republican accusations, but it also runs the danger of alienating some of his followers, or even those who were ready to vote for him but weren’t completely satisfied with him.

According to Kevin Walling, a Democratic campaign strategist and former Biden surrogate, the Democratic Party may need prominent leftists, such as Rep. Alexandria Ocasio-Cortez, D-N.Y., to modify their language as well, particularly in the wake of the election of Donald Trump.

Biden doesn’t deny report of US handing over names of Americans to Taliban: ‘There may have been’

Cuban American protesters shut down the expressway in Miami, blame Biden for lack of support

Trump accuses Democrats of intimidating him by calling for the Supreme Court to be packed.

A Republican representative claims that an Air Force professor who taught critical race theory should be fired.

ABOUT US
We are daily news, and We have more than 5 years of experience in business management and economic analysis. We hope this website helps to solve your problems which you are in any knowledge level of Business World. If you have any questions or suggestions about this website, feel free to reach us using our contact us page. Have a nice day. daily news.
Contact us: [email protected]
FOLLOW US
MORE STORIES
USA news